I know, I know, it’s been almost two years since Marvel Heroes was shut down unceremoniously by our cruel overlords at Disney. What’s more, I’ve never actually talked about the game here before. So why now?

Well, since I’m currently quite hyped for Lost Ark but can’t play it yet – Naithin’s glowing tales about the game don’t make it any easier either – I was looking for a somewhat similar substitute (an accidental alliteration, awesome). That’s when I realized that of all games I’ve ever played Marvel Heroes might have been the one with the most similarities to Lost Ark, at least in some regards.

Of course I can’t play MH either, what with it having been shut down and all. Sucks to be me I guess.

Anyway, what I can do is give the game a proper, if belated, fairwell. It’s the least it deserves because it was a really great game, and whatever reasons they had for pulling the plug, the gaming world is the poorer for it. 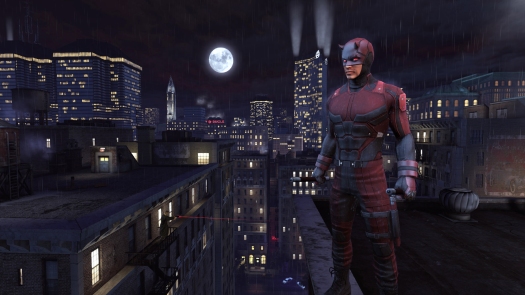 By all accounts the game wasn’t actually that good when it released in 2013. I wouldn’t know because I only started to play in July 2015, and it had been heavily improved upon by then. I picked Iron Man as my first hero and had a blast from the get-go.

Of course the MCU train had accelerated to full speed at that time and I was eager to play my favourite heroes, so the game obviously got bonus points for that. But to give credit where it’s due, they got the look and feel of characters like Captain America, The Punisher and the aforementioned Iron Man just right in my opinion.

Cap’s shield attacks, for example, felt really strong and impactful. Of all ARPG melee characters I’ve tried he was the most satisfying.

The ranged characters also had some cool tricks up their sleeves, my favourite being ‘beam weaving’. The term was invented by the community and referred to skills you channeled by holding down the corresponding hotkey and aimed with the mouse. You basically weaved the beam/bullets/whatever over the enemies until they were all dead, like Iron Man does here. Fun stuff.

What really set the game apart from pretty much every other game I’ve ever played was how much mayhem was going on at all times.

So many enemies, so many effects, so much loot. The game almost felt like a bullet hell shooter, except that you usually didn’t die from just one hit. ‘Patrol zones’ were the most intense in this regard because those weren’t instanced just for you or your group. Consequently, whenever you spotted a boss spawn on the map you could be sure that at least half a dozen other players were already there, throwing everything and the kitchen sink at it. Of course those encounters’ difficulty was tuned accordingly, so you had to be quick on your feet to dodge telegraphs, take care of countless adds and burn down the boss at the same time.

It could be almost stressful at times, frantically zipping from one bossfight or ring event to the next (noticed that Next Event timer on the screenshot above?), hoovering up tons of loot and reward-containers with even more loot, until the inventory was completely full and you had to take a break to manage all that stuff. But it was a lot of fun and felt pretty epic.

I quite liked the graphics too. The style was, unsurprisingly, somewhat comic-like, but not too colourful for my taste. Most heroes’ default costumes were modeled after their classic (read: old) looks from the comics though. If you wanted them to resemble their MCU counterparts or more modern comic versions you needed to be extremely lucky with costume drops or buy them in the cash shop.

I was ok with that though because the payment model was pretty fair overall. As far as I remember there were no P2W aspects, and many shop items could also be earned by playing a reasonable amount of time, additional heroes being a good example. Of which there were 63 towards the end, so there was something for everyone, and you could level every single one of them up to level 10 before deciding whether to unlock them or not.

Another unique feature the game had – unique among ARPGs that is – were raids. I didn’t experience these myself, but from what I’ve seen they provided series of bossfights for groups of ten people, much akin to raids in MMORPGs. As per usual for such types of content the gear requirements were pretty high, which is why my rather casual way of playing the game didn’t get me there in time, but I would have loved to smack those bosses with a big round chunk of vibranium in the face.

Overall I didn’t spend a huge amount of time with the game despite all its virtues, at least when compared to the countless hours I’ve sunk into Path of Exile and Diablo II. I think the main reason for that is the aforementioned stress level the game tended to induce, which was a bit too much for me at times. Still, it was a great game and I miss it a lot.