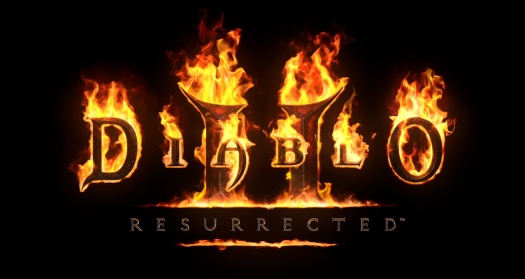 It’s no secret that I’d been hoping for and then looking forward to a Diablo II remaster for ages. Again, it is and always will be one of my favourite games period. Even so, with Blizzard being the trainwreck of a company that we now know it to be I initially wasn’t quite sure how to deal with the release of Resurrected.

After the Warcraft III Reforged debacle I definitely wasn’t going to preorder or buy on launch day, no matter how good people’s beta-impressions had been. That much was certain, and I wasn’t tempted to relent for even a second.

But now it’s been officially live for a while and, some server issues during the first few days aside, all reviews I’ve read since then pretty much boil down to “It’s exactly what you wanted, mate. Buy, you fool!!”

So Lakisa and I did just that a couple of days ago. And what can I say, I don’t regret the purchase in the slightest because it is exactly what I wanted.

Which means, the way I see it, that I did in fact vote with my wallet and that, despite rather not wanting to support a company like ActiBlizz for numerous well-known reasons, it still was the right thing to do – maybe not from a moral standpoint, but certainly from a gamer’s standpoint. Not that these are mutually exclusive, mind you, but in this case there’s a big difference in my opinion.

Let me try to explain.

The act of “voting with one’s wallet”, when proposed by gamers to other gamers, usually means not to spend any (or any more) money on a product, thus sending a message of discontent to the developers or publishers – the assumption being that this is the only kind of message that will actually be heard.

For the most part I can’t disagree with this, and I went with that approach myself in some cases, not the least of which when I decided not to give Blizzard – yes, the same Blizzard – any more money unless they’d finally manage to deliver a product again that I’m really, genuinely happy with. That was almost three years ago, right after the infamous Diablo Immortal Blizzcon, and at that point I already hadn’t bought anything with the Blizzard logo on it for at least a year, probably longer. Which means that the forty bucks I paid for Resurrected just now marked the first time in over four years that they made any kind of profit from me.

Of course I could have gone without buying it, thereby not breaking that streak. The original’s still there to play after all, and touched-up graphics, or lack thereof, don’t make or break a great game for me.

But here’s the thing. By not buying any of their stuff for so long I basically told them “You’ll only get my money if you make exactly the game I want”. Now, much to my surprise, they actually went and did just that.

So had I refused to buy this product now, not only would I’ve denied myself the pleasure of playing one of my most beloved games with a really great-looking fresh coat of paint, I’d also have made a mockery of the stance I’ve been taking for years: that I’ll not spend money on their games if I don’t like them, but that I will if I do.

If there’s any hope at all that publishers will continue (or start again) to greenlight and fund the development of games that I want to play, I feel that I’ve got no choice but proving to them that it’s profitable to do so by, well, voting with my wallet.

Here’s hoping that it really does work both ways.