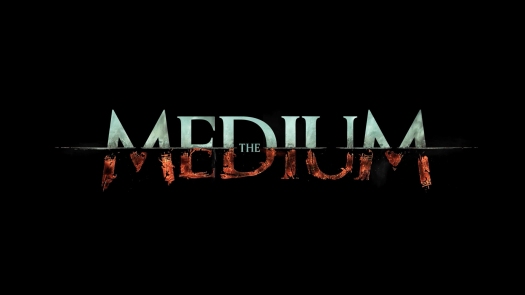 I’d read about The Medium here and there a while ago, but although it did look somewhat interesting I wasn’t intrigued enough to actually give it a shot. Until I learned that none other than Akira Yamaoka (of Silent Hill fame) had contributed to the game’s soundtrack, that is. At that point I just had to buy the deluxe edition – including a digital artbook and, most importantly, the soundtrack – right away, so off to GOG I went.

I’m glad that I did because the ~12 hours it took me to see the end credits were a pretty good experience. I’d describe The Medium as a rather easy third-person adventure game with light to moderate stealth elements and psychological horror. It’s not an all-time classic, but if you’re a fan of the genre(s) I can recommend it.

I won’t spoil anything about the story as I feel it’s actually the game’s strong point, and I think knowing too much about it beforehand would seriously lessen the experience. Instead I’ll talk more about gameplay, controls, sound and graphics, which are also pretty important for a game like this in my opinion.

First of all – the graphics are simply stunning. Unfortunately it doesn’t quite come across on stills, but this is easily the most realistic looking game I’ve played to date. As usual the characters’ faces don’t quite reach that high standard, but apart from that I felt totally immersed in the environments – well, at least those located in the real world. 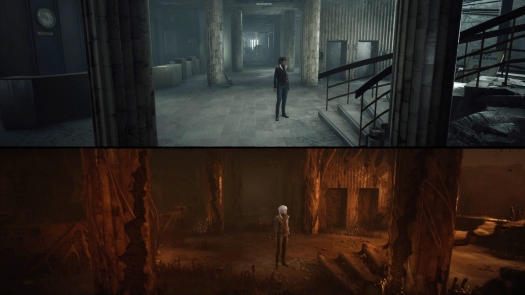 The game’s advertised standout feature is its “Dual-Reality-Gameplay”. The main character, Marianne, is the eponymous medium, her ‘special ability’ being to let her consciousness slip into the spirit world. Well, I say let, but most of the time it doesn’t actually happen by choice. Also, she can’t stay separated from her body for too long in that state, so most of the time she’s moving and acting in both worlds at once and in unison. These scenes are shown in split-screen, sometimes divided horizontally, sometimes vertically.

When an obstacle is blocking her passage in either world she can’t pass it, which is when she has to temporarily leave her body behind and hurry to cook up a solution in the spirit world, or alternatively find a way around in the real world. Many of the game’s puzzles revolve around this.

The feature isn’t as revolutionary as advertised, but it is quite neat. Navigating a character through two worlds at once that look kinda the same but also very different feels pretty cool. As this is all rendered in real time it’s also taxing on the hardware though, so a newish gaming rig is recommended.

During the course of the game Marianne is confronted by a nightmarish creature every now and again. It can’t be defeated, because of course it can’t, so the only option is to hide and sneak, as it were. I’m not a fan of such mechanics, but it didn’t bother me too much here as these scenes are short and not terribly hard to beat. They feel pretty intense too, so op success I guess. 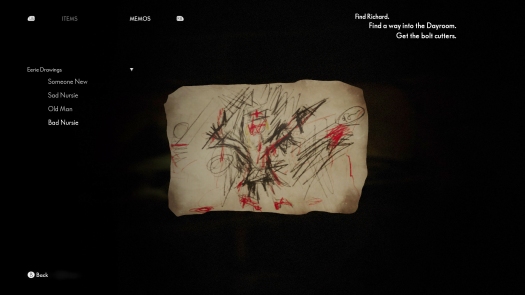 As Marianne advances through the game she finds more and more story clues, often in text form (letters, postcards and such), but there are also disturbing sketches like this as well as conversations that happened long ago, still existing as echoes in the spirit world.

If there’s one thing I’d have to criticize it’s that the amount of objects actually being utilized in puzzles is miniscule compared to the stuff that’s “just” there to unveil the story. Consequently there aren’t that many puzzles to solve overall, so as far as adventures go this one is an ‘adventure light’ at best. 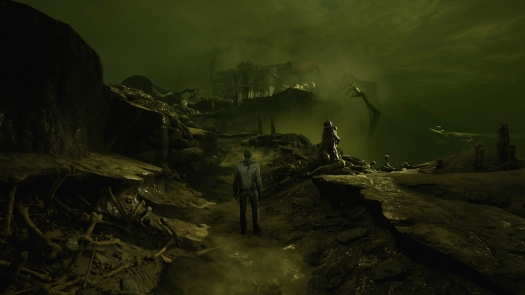 At certain points in the story you take control of another character’s spirit form. This tormented soul, obviously also a medium and central to the plot, has to face some really dark places, which are the game’s most impressive set pieces. 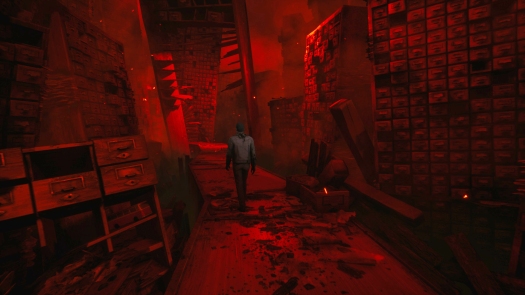 But what about the music? That’s what I bought the game for, isn’t it?

Well, it’s quite good. Really good, actually, now that I’m listening to it again as I type this. The crux is, it’s neither as atmospheric nor as disturbing as Silent Hill’s soundtrack, so I guess the fact that I’m not totally over the moon is simply due to too high expectations. What else is new?

As for controls, I used my trusty Xbox 360 pad and had no problems, except that I use it too rarely and always need an hour or two to memorize where A, B, X and Y are located. I assume using mouse and keyboard would work just fine too, but haven’t tested it.

Checkpoint placement is regular and fair. I was annoyed only once during my playthrough when I had to repeat a section a couple of times, and that wasn’t because of the checkpoint itself, but because of the 20 second-long unskippable cutscene right before the tricky part.

And there you have it. Overall I really liked the game, and if I were to make one of those tier-lists that are so popular these days I’d give it a solid B. 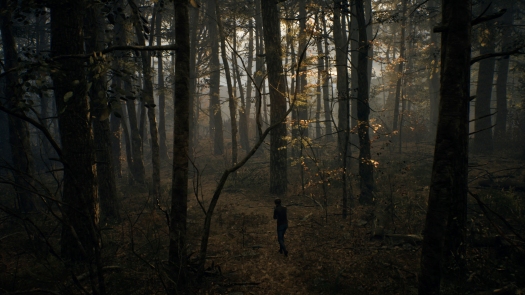 Towards the end the atmosphere even lightens up somewhat. Whether that’s a harbinger of a happy ending you’ll have to go and see for yourself.